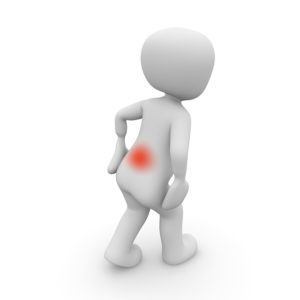 Inflammation is both a friend and an enemy at the same time. It’s your body’s way of protecting itself, and it usually appears when there’s been some sort of injury or infection.

Inflammation is a vital part of the body’s self-defense system. Any time there’s some sort of injury present, the body part that’s affected has a good chance to become inflamed. Scientists call this response a part of your body’s innate systems; that is, it’s built in and the response is automatic.

Inflammation is natural and actually good, because it’s a sign that your body’s systems are functioning and doing their job. Bumps and bruises, cuts, a sunburn, and almost every other kind of injury in between are all prime candidates to have your body go into defense mode.

The classic signs of inflammation include Pain, Swelling, Redness, Heat and Loss of Mobility. Think of a sprained ankle and what goes along with that.

You’ll get the pain first, then possibly immobility right along with it. It usually swells pretty quickly, and after a period of time you’ll most likely experience redness and heat. All of this is natural and expected, and the result of an increased flow of blood at the site of the injury.

Pain, although pretty much always uncomfortable, is not always a bad thing. It’s an alert that we should go easy on a certain part of our body because there has been extra stress or strain on it. It’s usually caused by extra fluid that’s present after an injury. The fluid puts pressure on nerves and pain is the result.

Your Doctor and Inflammation

It’s your doctor’s job to determine when to intervene to reduce swelling and ease the pain, because inflammation is not always a bad thing. The decision to treat and how to go about it should be made by a trained professional who takes many factors into account.

Reducing swelling seems like a perfectly normal thing to do, and we’ve all probably had an icepack on a swollen joint or appendage at one time or another.  In fact, it’s usually our first course of at-home treatment.

And we’re quick to reach for an anti-inflammatory drug when we have a headaches, fever, sore throats, etc.

These measures are all meant to combat a certain type of inflammation, called acute inflammation.

We’ll discuss this in detail in the next chapter, but basically acute means that it’s an immediate response to an injury of some sort. This is the kind of inflammation you really don’t want to be absent from your body.

The other type of inflammation we’ll discuss is chronic inflammation. As you can probably guess, chronic means that it’s pretty much always present, and has been for a long time.

Don’t confuse inflammation with infection, even though the two are closely related.

Infection comes as a result of your body’s systems being invaded by some sort of unwanted organism, such as various forms of bacteria or a nasty virus.

Think back to the last time you had a cold. It’s not very pleasant, that’s for sure.  Another name for a cold is an upper respiratory infection, and it always lead to inflammation of your sinuses. Colds generally go away on their own, but sometimes they can be responsible for you developing a sinus infection.

If you’ve ever had one, you know how painful they can become.

And throughout the process, inflammation will be running rampant in your nose and throat, as a result of the infection that has invaded your body.

So the two are not the same thing, but closely related. One causes the other to appear. 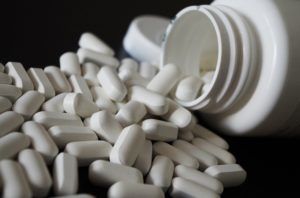 There are many ways to treat inflammation, and we’ve already mentioned a few. One of the most common ways is the prescription of NSAIDs. This acronym stands for Non-Steroidal Anti-Inflammatory Drug. Ibuprofen is one of the common ones, and others include aspirin and naproxen.

These drugs work by going up against the COX enzyme, which is responsible for synthesizing prostaglandins. Prostaglandins create the inflammation we’re trying to control, so if we can stop that process, the pain is lessened or disappears altogether.

Other traditional methods for treating inflammation include applying ice to the affected area. Ice should not be placed directly one exposed skin, however.

Inflammation has been around since the dawn of mankind, quietly doing its job of rounding up all the substances in your body to fight off injuries. Scientists continue to study inflammation seriously every day, because it’s known to play a role in many diseases which we’ll examine in detail soon.

You may be wondering if some people are more susceptible to inflammation than others. It’s true that genetics plays a major role in a lot of diseases. Studies have determined that there is a single gene that related to cancer and inflammation.

Other physical conditions, such as being obese, also lead to an increase in inflammatory diseases.

Inflammation is generally accepted as a good thing, and it certainly would be tough to live life without it. When it comes around and does its job after an injury or illness, and then departs and leaves no damage behind, all systems are working as designed.

However, if inflammation visits and decides to hang around, or maybe even divide and conquer, this can lead to long lasting damage and serious side effects.

Learning how to control inflammation is important in maintaining a healthy body. And as you may have guessed, diet can play a huge role…

To Your Ever Increasing Health!